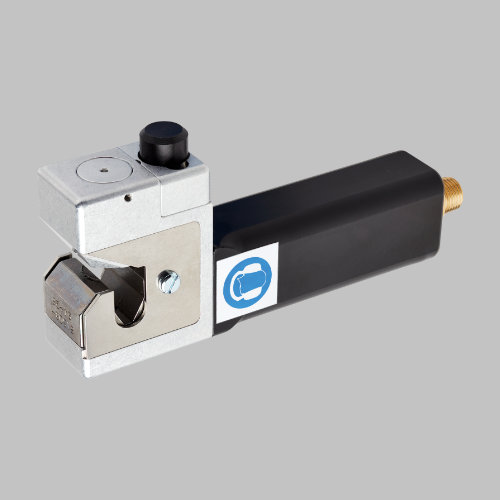 For the heaviest rovings.

A bigger version of the Model 113, the 114 is a light, user- friendly tool designed for the composites market.

Half the size of most of our other splicers in base form, the 114 makes splices in tight spaces. When fitted with a full-length handle, it is functionally similar to a Model 113.

Capable of joining brittle yarns such as glass and carbon and joining inherently strong aramids, the Model 114 is unique – the only super-heavy-count splicer. 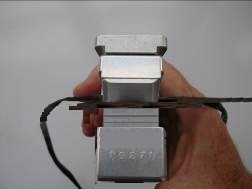 Like the Airbond Model 113, the 114 splicer is used for making “ends-opposed” splices in heavy count yarns, or other “difficult” yarns such as aramids – but the 114 is a “stretched” version, for even heavier yarns. A Model 114 H splicer is shown here, as used by a right-handed operator. The splicer is held in the right hand, with the thumb on the trigger button.Take the first yarn into the splicer, leaving a small length of yarn projecting at the left. Overlap the two yarns to be joined. Normally, 150 mm of overlap will be OK for 9600 tex yarn

Press the trigger lightly, so that the pad closes, but no air blast emerges from the chamber. Check that the position of the yarn in the chamber is correct, and that the yarn can move freely through the chamber. 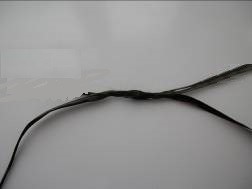 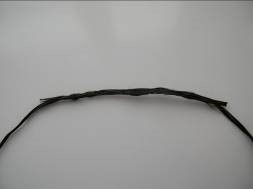 Move the splicer sideways about 3 cm. Make splice 3Cut off the waste ends by hand, the cut ends, to leave the splice appearance as neat as possible. The splice length, and the number of intermingled points, is determined by the technical requirements of the operator. This illustration shows a splice of about 100 mm, made with three intermingled points. 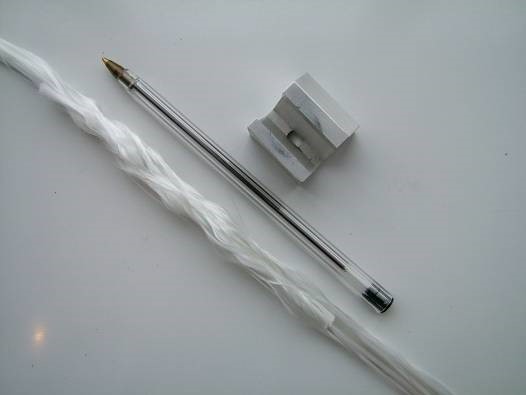 This picture shows the range of operation of the Model 114 splicer. A splice of length 180 mm has been made in 16000 tex yarn. The splicing chamber which was used to make the joint is shown in the illustration. The spliced yarns are comparable in diameter to the standard ball point pen shown.

And that’s not all.
The operator has a number of operating parameters which can be changed at will, to optimise performance. The following variations are possible:

As a general rule, the more prone to damage the fibre, the lower the air pressure should be. Clearly, parameters will depend on the requirements of the user, but we recommend as starting point the following air pressures: