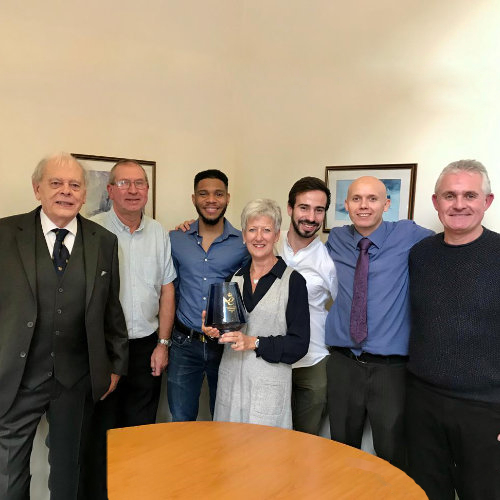 Airbond, the experts in the science of fibre splicing and its applications, is celebrating securing the Innovation in Manufacture Composites UK award for its new patented, splicing technology. This is the second award that Airbond has celebrated this year, the first being the coveted Queen’s Award.

Airbond has invested heavily in R&D and its patented technology to delivers game-changing improvements in operating costs for yarn processors in the composites industries. Carbon and glass fibres are more delicate than textile yarns, which causes issues when attempting to join them. The fibres are strong when extended, but weak when bent sharply.
Previously, splicing carbon or glass fibres with compressed air turned the fibres to dust as they were so brittle, even though strong longitudinally.

Graham Waters, MD of Airbond, said: “This was a team effort, and it is great to have been recognised for our hard work. Investment in new machines, including a cutting-edge £240,000 3D printer has led to a period of innovation and growth within our company.”